The Clinic is now OPEN as normal with Covid-secure guidelines in place. Please click here for more information.

Acupuncture and Chinese Medicine for Miscarriage 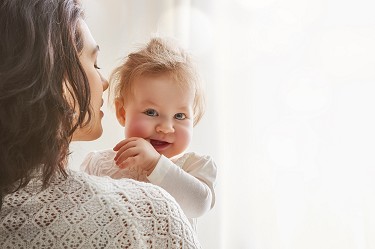 Most 1st trimester miscarriages occur because of foetal abnormalities so that in most cases there is no recurrent causative factor and the outlook for the next pregnancy is not worse than for any other pregnancy. However, the risk of foetal abnormality does increase with the age of the parents.

In the latter stages of the pregnancy i.e. weeks 11-22, maternal factors such as the presence of a systemic disease, uterine abnormalities (e.g. uterine fibroids), or cervical incompetence become more common causes of miscarriage.

The concept of age affecting fertility is well discussed in Chinese medicine.  Ageing leads to a decline of reproductive function, meaning that the building blocks that will later constitute a foetus (sperm and egg cells) decline in their quality and are thus less likely to mature into a healthy embryo.  Thus, the rate of infertility and miscarriage increases.

Increasing the health of both parents before conception will ensure that both the sperm and the egg, as well as the foetus' environment, are all optimised so that the best possible conditions are created for a healthy pregnancy.  Thus, preventative treatment for the gametes (sperm and egg) is important to lower the chances of abnormalities.  This is easier to achieve in males, as sperm is constantly reproduced and thus can be influenced.  However, the nourishment and development of the female follicle can be influenced by Chinese herbal medicine and acupuncture, so that a more mature egg is released.

Recurrent miscarriages may be caused by;

In many cases (about 60% of miscarriages below 12 weeks, and 35% of miscarriages above 12 weeks), no physical causes can be established.  The mainstay of treatment is generally tender loving care and rest.  In such a case Chinese medicine can diagnose and treat the perhaps more subtle but nevertheless important reasons for a recurrent miscarriage.

Chinese medicine can have a very useful role in the treatment of recurrent miscarriages as it detects any possible weaknesses in either one or both partners and, by correcting them, can ensure that conditions for a future pregnancy are optimised.  This is particularly the case if underlying menstrual conditions are present that need to be regulated, such as the existence of polycystic ovaries or endometriosis, where a weak hormonal output from the ovaries during pregnancy might endanger the development of a foetus.

In pregnancies at risk (history of infertility or previous miscarriages), women may be asked to continue taking their basal body temperature (BBT) readings for the first few weeks into the pregnancy: valuable information regarding the hormone regulation is thus obtained, and the vigour of what we call Kidney Yang (stable maintenance of a raised temperature), an important indicator of the stability of the pregnancy, is thus monitored.  If there is a drop in temperature, herbs need to be administered to support ovarian functions.

Failure of Implantation and the Role of TCM

Conditions of the tubes or uterus affect implantation and the early growth of the foetus. The tube or the uterus might have excess fluid or mucus on the surface that makes it difficult for the embryo to transverse, implant, or flourish.  This excess fluid is called dampness in Chinese medicine, and aim of treatment is to clear any excess fluid with herbs or acupuncture.

The endometrial lining might not provide an even surface with appropriate sites for attachment, implantation, and growth. In Chinese medicine this is often diagnosed as Blood stagnation (poor microcirculation in the uterus).  Blood stagnation is best treated during the menstruation to ensure a thorough discharge of the old endometrium and smooth remodelling of fresh endometrial tissue.  Some women have too thin an endometrial lining that cannot sustain a growing foetus. Here, herbs and acupuncture are given particularly after the period to aid the rebuilding of a thick uterine lining.

In this review, over 300,000 studies were examined for the ability of Chinese herbal medicines to prevent a threatened miscarriage. Unfortunately, a number of these trials did not meet the clinical research standards that are required in the West. However, it is not easy or even ethical to carry out a placebo randomised controlled trial with pregnant women worried about miscarrying. Meta-analysis of some of the clinical trials indicated that Chinese medicines combined with Western medicines were more effective than Chinese medicines alone to treat the symptoms and signs of threatened miscarriage i.e. vaginal bleeding, low back pain, and abdominal pains (click here for full text article).

In this study, the mechanism of a popular Chinese medicine prescription formula was examined. After taking the formula for 4 weeks in early pregnancy, the levels of certain immune factors were shown to be more favourable to a successful pregnancy outcome than they were before taking the herbs (click here for full text article).